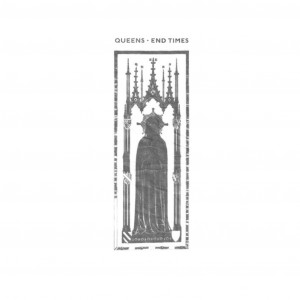 Because “End Times” is, on the one hand, something of a conundrum. The way its songs are constructed out of opposites – light/darkness, movement/stillness, life/death – is remarkable, puzzling. The fact that whenever you listen to it lost loves and lost times begins to act and react in front of you – naked skin, summer nights, vacant eyes, falling rain, fateful tarmac – is an almost magical fact. And the taste it leaves you with – a taste of both ecstasy and sorrow – is intoxicatingly unexplainable.
Suffice to say, “End Times” is a remarkable record. If you’d like you could put on your music journalist hat and call it an original amalgamation of past works; if you can somehow imagine a mixture between John Fahey’s “The Transfiguration of Blind Joe Death” and “Womblife” and Deathprod’s “Treetop Drive” you’d kind of get its gist. 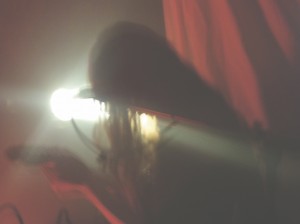 Sure, Scott has made albums similar to “End Times” before. As Jane – a project he had together with Noah “Panda Bear” Lennox – he for instance realized a handful of releases between the years 2002 and 2005. One of these – 2005’s “Berserker” – was brought out in both LP and CD format by the mighty Paw Tracks label, but most were CD-Rs/objets d’art sold only at Other Music, the record store where Scott and Noah used to work.
In Jane, Scott and Noah paid homage to and expanded upon the rhythms and soundscapes created by the techno vanguard. The lion’s share of their material was recorded in Scott’s apartment in Greenpoint, Brooklyn on cheap equipment – an approach that added extra layers of sincerity and spontaneity to their slow burning dance lullabies.
This approach – this self-made creativity – is also evident on “End Times”. Whenever “Berserker” flows out of your speakers you feel like you’re right there with Scott and Noah; that guitars, drums and vocals are being laid down in front of you, in real time. But “End Times” is even more direct; whenever it flows out of your speakers you’re in Scott’s head.
A wonderful place to be. A place that gives you all the answers you need.